This has been one of the best decisions in my life – to volunteer and live in a beautiful place, where not many people would ever dare to see. THE WEST BANK, THE PALESTINE.

Excited and definitely very afraid, were my emotions the first I stepped out of the public van, but everyone was amazed by my presence, the children called me ‘China.’ It was their first time, seeing someone from Southeast Asia, from ‘Filipin’ at that. Most of them never heard of my country, and when I explained, they said, ‘ah Malaysia’ but most of the time, I was called ‘China.’

Yatta or South Hebron Hills, a beautiful ancient one, with huge yet humble homes of Palestinians, both modern and hundred years cave homes. It has only one market, with fresh vegetables and fruits, and newly baked breads and pitas that perfumed the whole town. The city, especially during the market day, becomes chaotic yet beautiful sight to see – women and men and children and teenagers, like the Italians, they yelled, but sounded sweet to each other. The louder the sweetest, I assumed.

I have met Palestinian friends, the sweetest people I know, who would cook maqlubah (basically rice on top is lamb and eggplant and a lot more), falafel, baba ghanush (also eggplant, but they cooked it with a lot more love and pride), and a never-ending tea preparation because it is a huge part of their cultural identity.

BUT there was always a story to tell. Palestinians, the ones I knew and have lived with, were the most beautiful people on earth. They had interesting stories, not only the bad things happened to them due to the Occupation, but the good ones – stories of their great memories of people no longer with them – in prison, or immigrated to other countries, or other separated for many years and just simply cannot cross the border going to Jerusalem.

Kids and teenagers have been always the curious to know who I am. And they would just showcase their talent: there was a teenager who didn’t know a single English word; grabbed my hand to his room, and showed me his YouTube channel, he said, his songs were for his best friend, who was by that time, in prison. And he sang a rap song, showed me his best smile, knowing that one day, his best friend will sing beside him.

My favorite memory of Yatta, was our rooftop grilling time, at night, watching the stars so close, with coffee, barbecue and shisha on our side, plus Arabic music. Just a few steps and we can fly to the moon and the stars, but perhaps there was also a border up in between.

Like a fairytale come true. But, there is no princess or a prince in there, it’s actually a refugee camp

waking up early on a chilly morning on top of a hill, sleeping in a cave house

that was me on top of our service car, on top of a hill, overlooking Gaza, but poor camera I had, didn’t capture Gaza clearly.

the town center, everything was almost white, the houses are made of white bricks, and so the public infrastructure

sunset, sunrise or just an ordinary day and night, the sky always has the attitude to showcase its beauty. Again, the West Bank and Israel are really, really close to the sky. 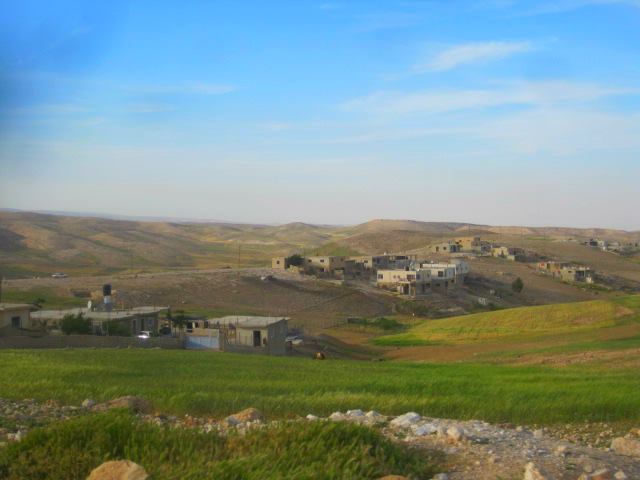 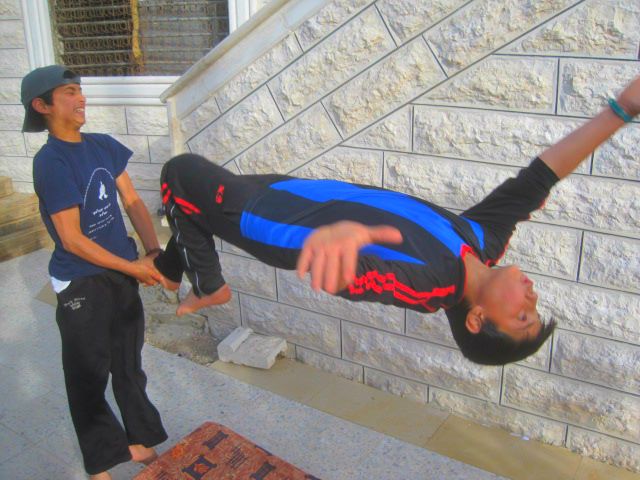 these were the talented and happy kids I met

a drawing in an orphan boarding school, where Palestinian children were taught of Santa Claus, and they sort of ask for their wishes and would bring gifts to them

one of the streets in the city, on a Friday morning. They observe Friday a holy day, and their business days are Sundays to Thursdays

one of the best things to do in Yatta, is walking and hiking. We just kept walking the whole day, and always imagined Jesus and the prophets walked just the way we did. BUT don’t be fooled by the beauty of the terrain, they were always in danger, not by snakes or scorpions or trained dogs to eat you alive, but because it is a Firing Zone. Palestinians are not allowed to even step on it. 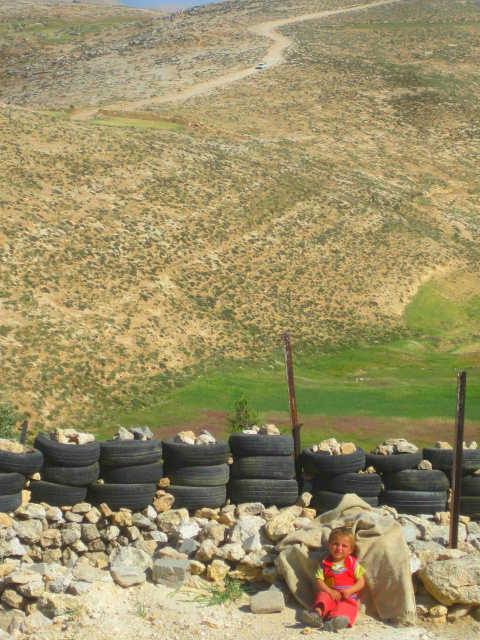 My shepherding experience in Yatta was the funniest, yet a dangerous thing to do

look at that beautiful Palestinian clothing

the kid was watching over Israeli Army keeping Palestinian kids and teenagers away from the vicinity of this ancient pool, because the settlers nearby were going to swim too. I also jumped in this ancient pool, the water believed to be coming from a cave 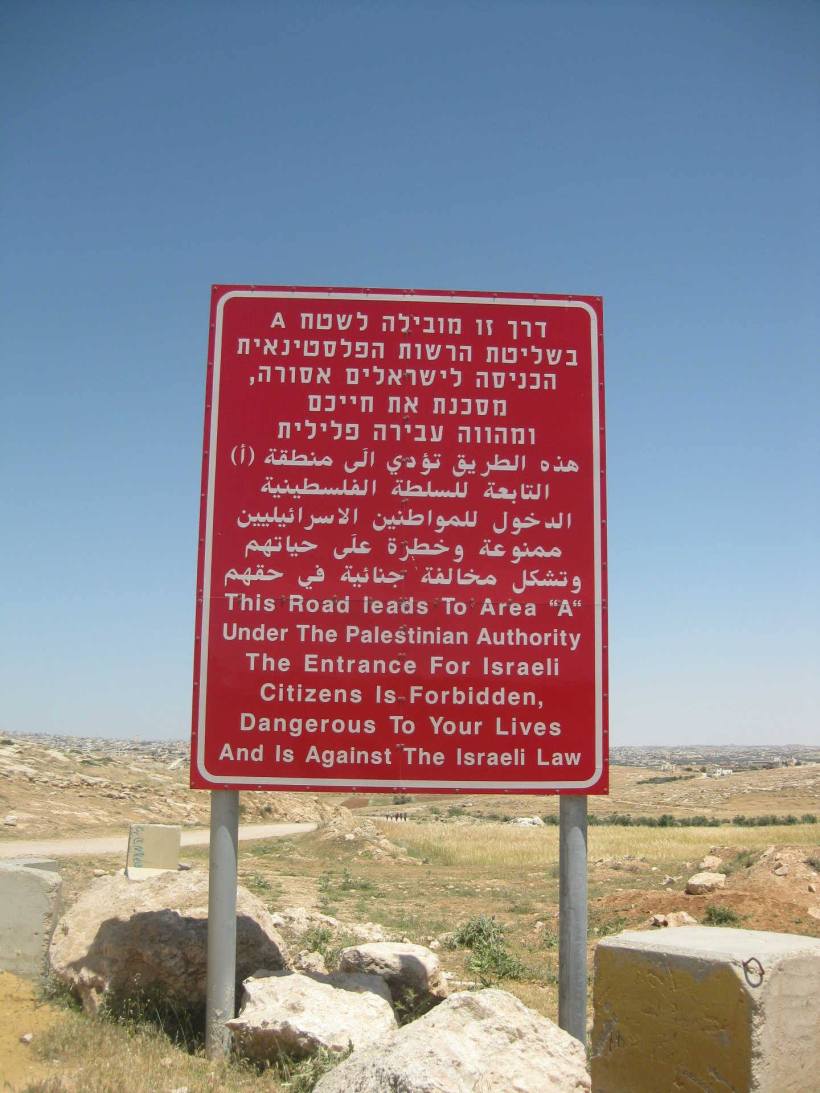 Finally, this! A strong signage that greeted me before entering this beautiful ancient city of Yatta

Taking the bus from Jerusalem going to Ramallah was quite an adventure. Ramallah is the de facto capital of the Palestinian Territory, and is just beside Jerusalem. But, the dividing Walls of the Occupation made the trip like Ramallah is a place of another planet – taking off the bus for a checkpoint and seriously staring at the Israeli soldiers looking at my passport – and thinking whether or not I was in the same bus, when reaching the other side of the Wall.

One thing I liked about taking the bus trip from Israel to the West Bank are stories shared by stranger-foreigners and the stares we secretly shared every time we have to show our passports and answer possible questions from soldiers – sure it was fine. When I stepped out of the bus, I was totally surprised…

Ramallah greeted me with people loudly talking to one another – like the Italians loudly talking few steps away; and the smokes and smells of kebab inviting my senses to come and taste; and the number of cars moving like dancers – I literally stopped walking, smiled and at that very moment, I cherished the opportunity seeing another world of people whom we rarely know. There I was, witnessing normal people busy with their own little ways in a beautiful, ancient city.

I stayed in St. Andrew’s Guest House in Al-Tireh district, a modern-looking part of the city, surrounded by mansions and luxurious residential condominiums. Here I had a glimpse how their women were living luxurious and modern – Muslim women with no hijabs, women driving luxury cars, women puffing cigar in Zaman coffee shop, women walking down the street in a short sleeves and shorts. I have observed for 3 hours in Zaman, sitting, waiting for my colleague’s cousin to tour me around. 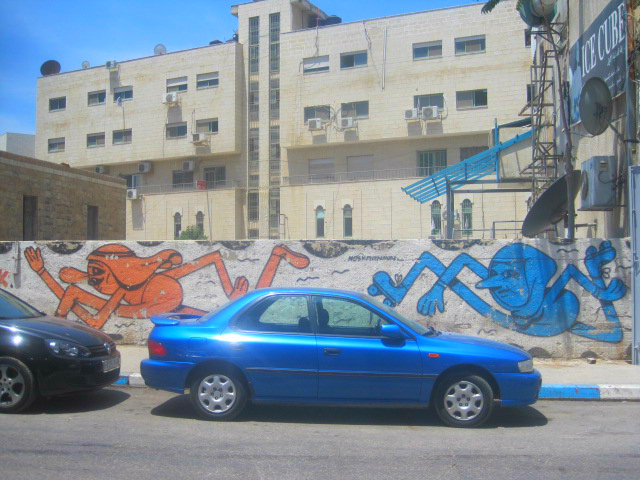 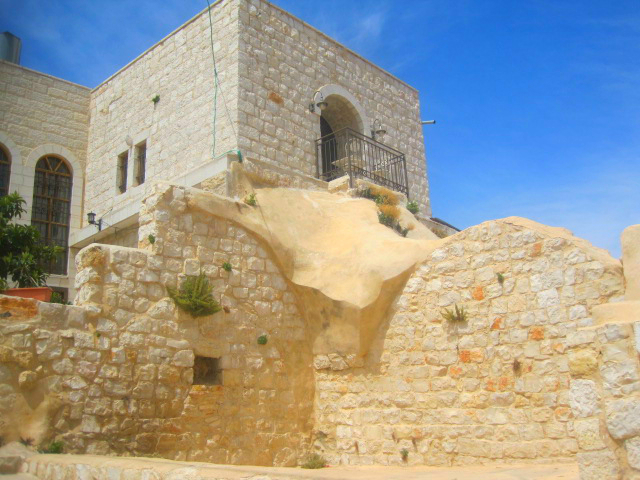 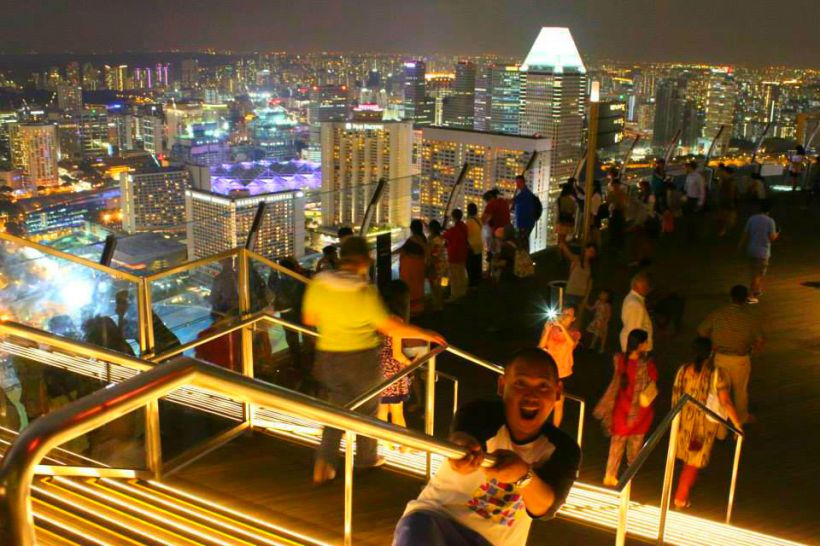 Singapore is a memorable place for me – this is the only country where people party all day, all night, with good people, the crazy ones. This is the only place where I know my things are safe, if I unknowingly drop a gold bar in a remote street, I will probably get it back in the next hour. In Singapore, life is a party because there is always a good reason to celebrate!

Singapore is a very small island in between Malaysia and  Indonesia. But size is not an issue – people live in similar tall buildings, surrounded by little parks and green trees, allegedly imported from Malaysia and Indonesia. MRTs and buses are connected from the airport to the farthest district of the country. It’s also a food hub of Asian, Western, Middle Eastern delicacies, so eating good food also never an issue!

Singapore is not only much modernized, urbanized country, but also very organized. I somewhat like the local’s diverse tradition when it comes to practicing their culture – the Malays, the Chinese, the Indians and the Eurasians. And I am glad to befriend wonderful and very interesting Singaporeans who are proud of their culture, of their own country, of being who they are.

Singapore is very expensive. But, it is the only country where I want to visit a million times and party with amazing friends!

I am posting fun photos (some are from Lean, Cha & Monica) of parties in Singapore! Enjoy lah! 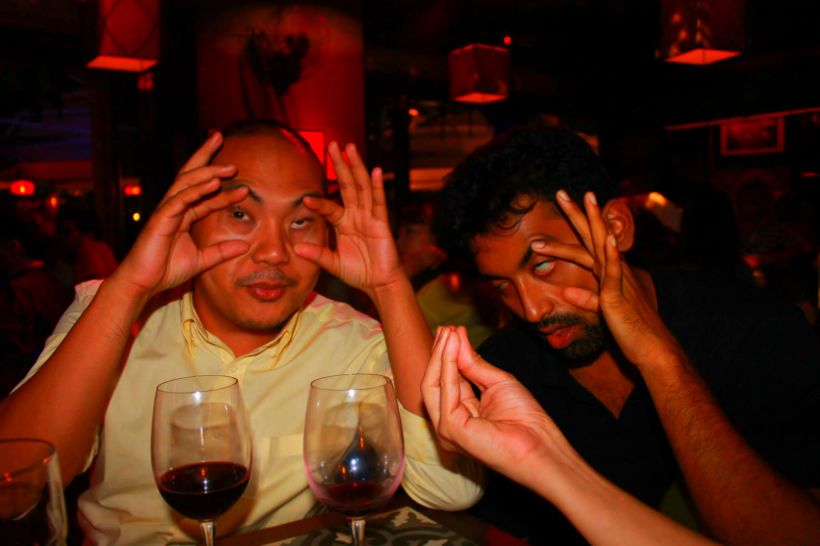 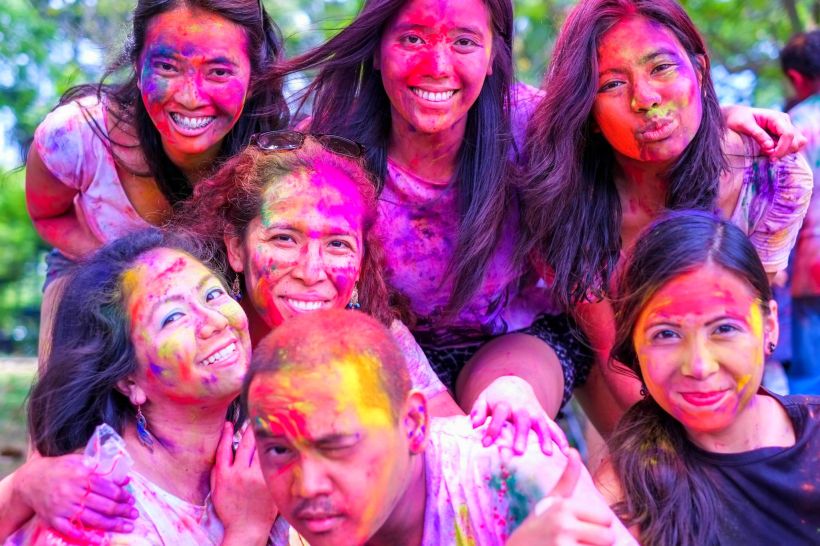 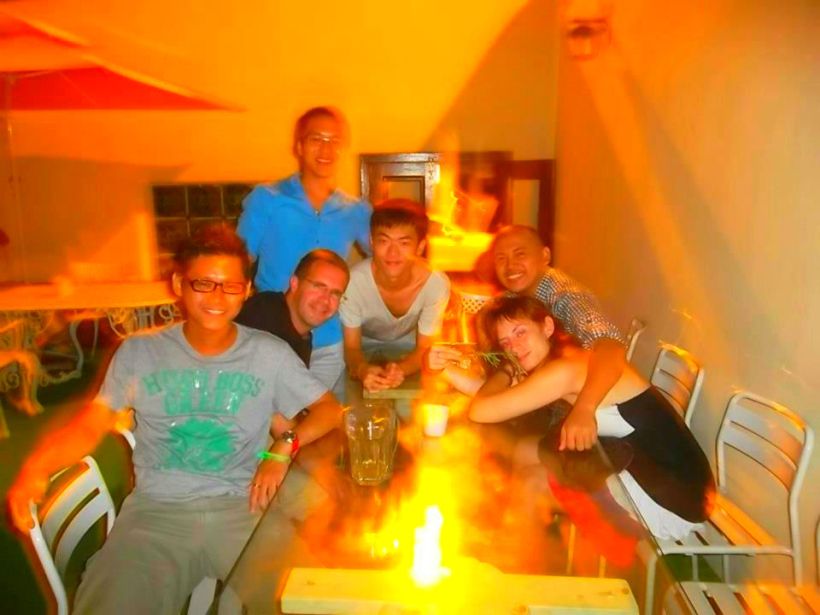 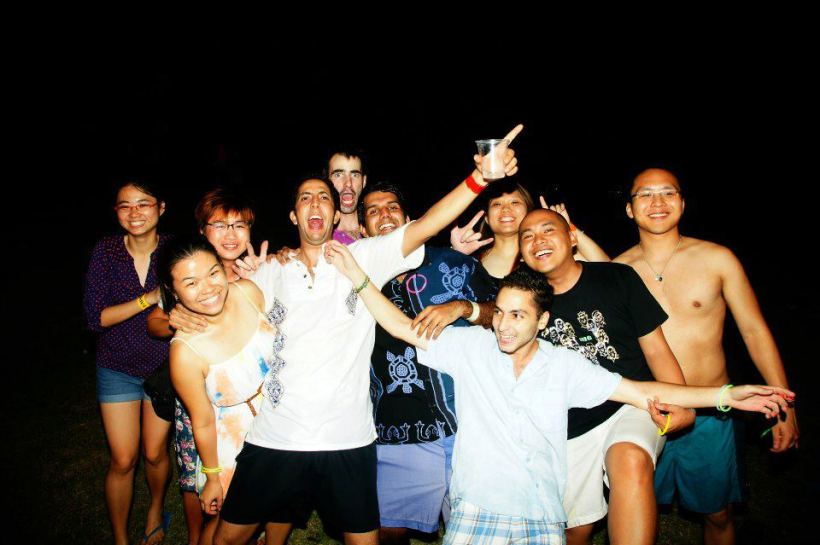 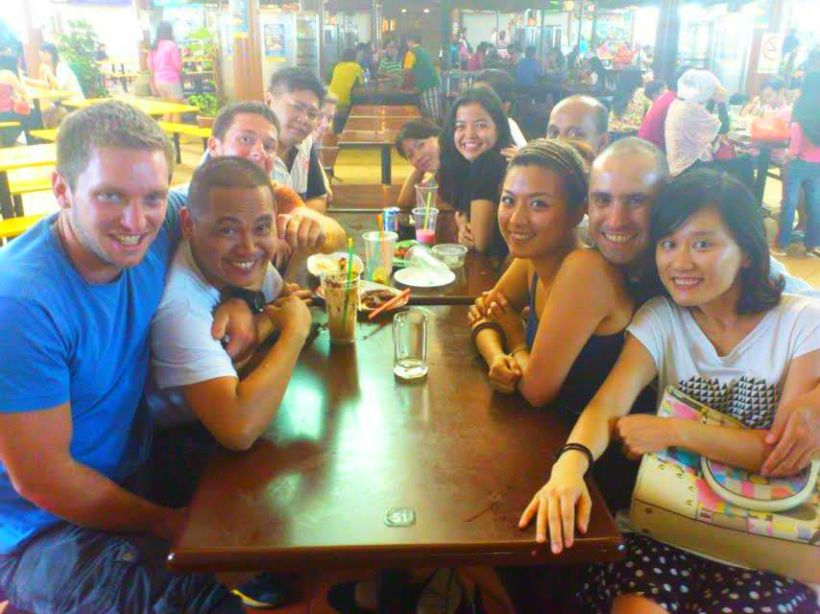 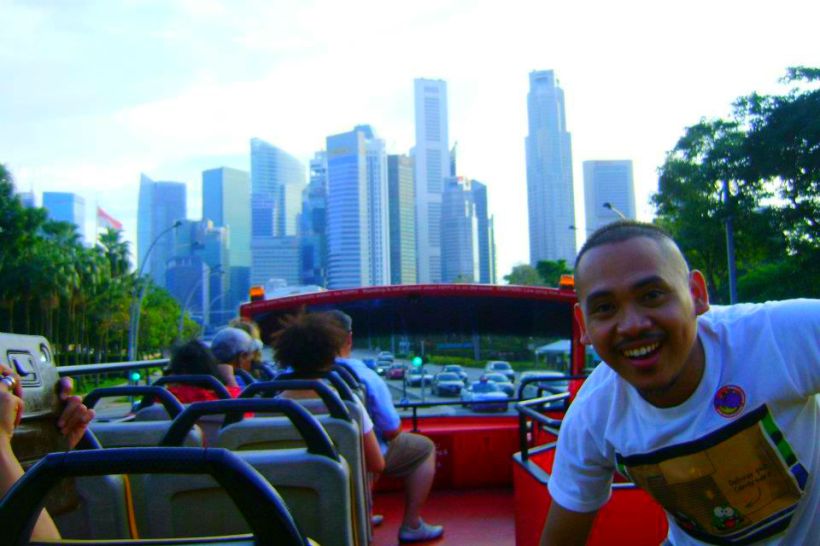 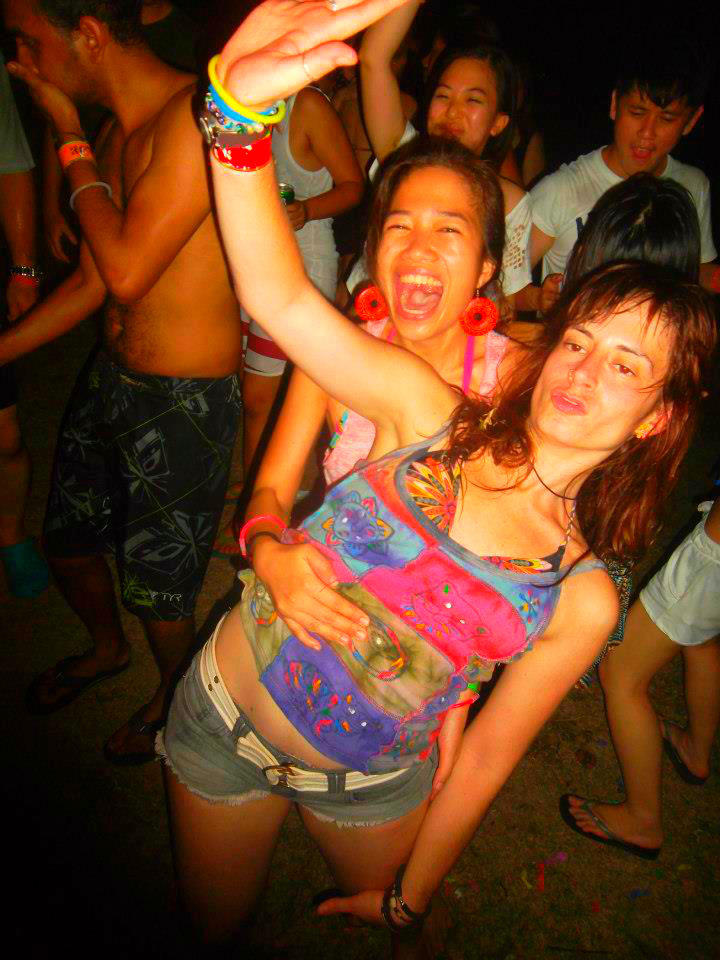 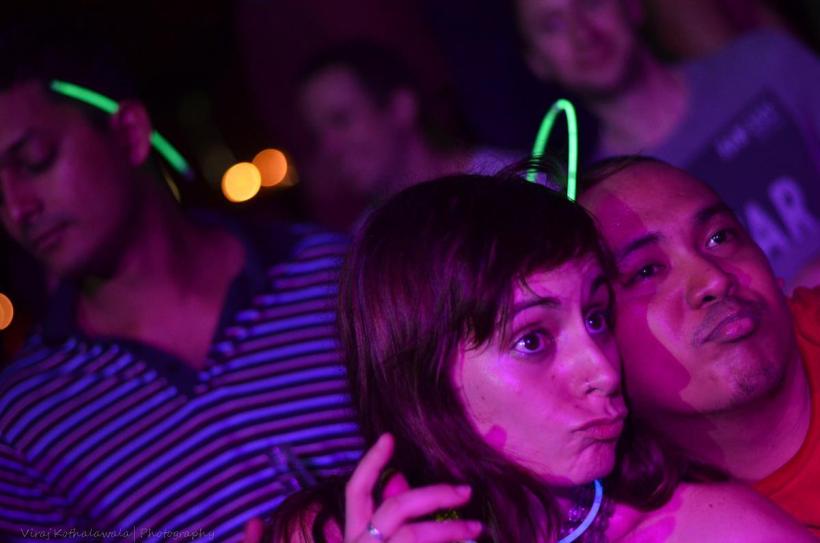 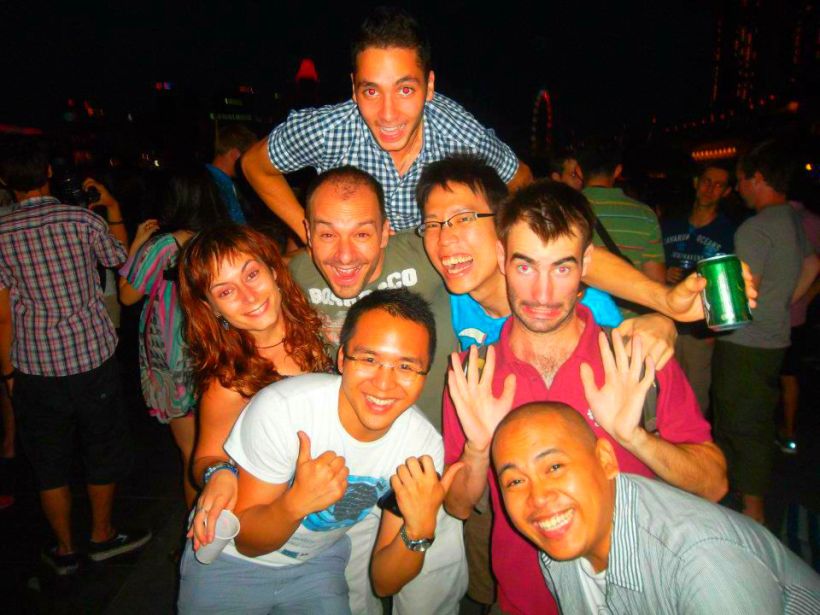 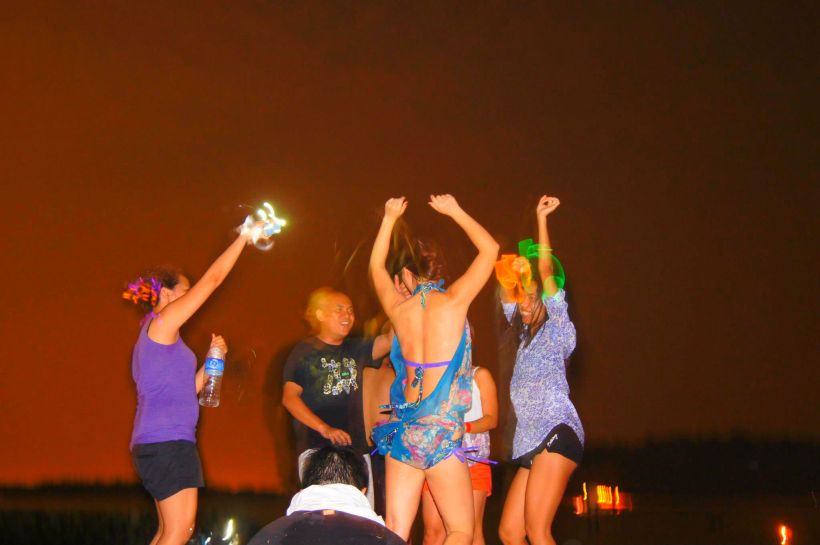 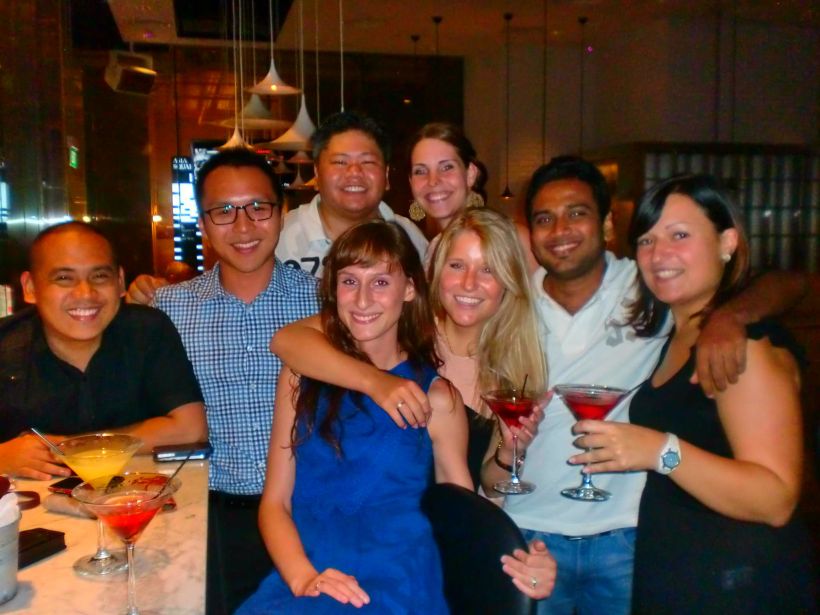 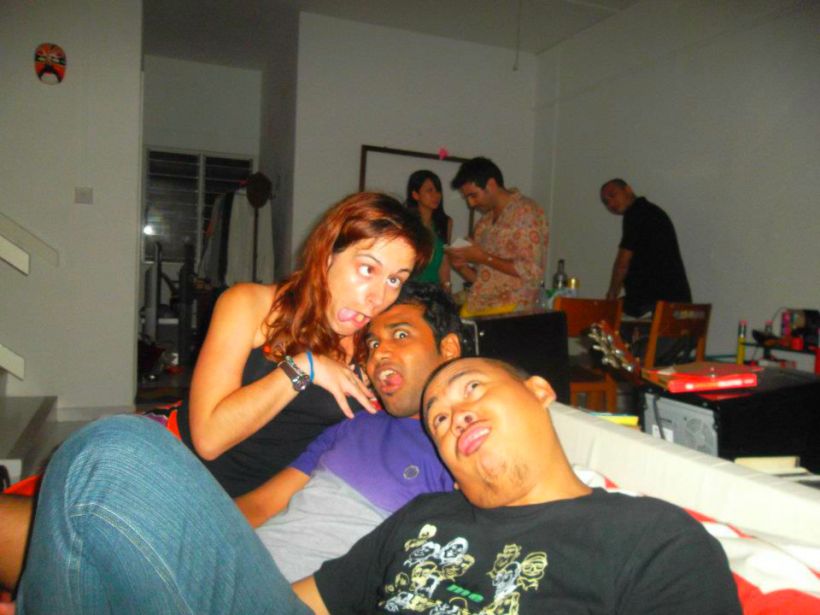